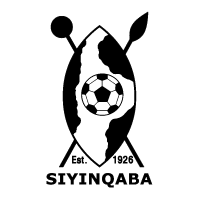 Highlanders F.C. is a football club based in Bulawayo, Zimbabwe. It was formed in 1926 by one of Lobengula’s grandsons and plays in the Zimbabwean Premier Soccer League. Sunday afternoons are filled with people chanting the team’s nicknames in songs in black and white clothes. Names like “BossoBosso”, “Tshilamoya”, “Bossolona”, and “Mantengwane” will be on the lips of loyal supporters.

Barbourfields Stadium is the home of the Highlanders F.C. having a capacity of up to 40,000 supporters. The club’s home kit is a black and white vertical striped jersey paired with white shorts and socks, while when playing away they wear all white. The nickname “Bosso” is from Setswana slang meaning “The Boss” and “Tshilamoya” is a Ndebele term which loosely translates to “big upsetters” or “demoralizers”. Then the term “Amahlonyama” is a term from the Grey-Crested Helmet-shrike a bird found in the southern parts of Zimbabwe. The club’s motto is “Siyinqaba!” which is a Ndebele term that translates to “We are a Fortress”. The team was originally known as Lions Football Club which was changed to Matebeleland Highlanders F.C in 1936. The team was originally composed of boys born in Makokoba which is Bulawayo’s oldest township.

Bosso was first drafted in the 2nd Division after they agreed to join the Rhodesia National Football League in 1966. They finished top in the first year and they were promoted to Division One. By 1970 the team was in the Super League. They collected 7 points and they were sent back to Division One but a year later they were back in the top flight. They won the Chibuku Trophy, beating high profile Mangula at Rufaro stadium. The team included players like Bruce Grobbelaar, Barry Daka, Tony Mcllveen, Boet Van As. Tymon Mabaleka. Highlanders won the Premier League between the years 1999 and 2002.

Highlanders is the second most supported team after Dynamos with over 5 million supporters and 7million supporters respectively. It is, however, based on tribal support as most of the supporters for Highlanders are Ndebele speakers and reside in the Matebeleland region. Dynamos is one of Highlanders’ biggest rivals as the matches between them have been marked as Battle of Zimbabwe while those with CAPS United were marked Battle of the Cities. In the years 1986, 1987 and 1992 they appeared in the CAF winners’ cup and two appearances in the 1991 African Cup of Champions Club and in 1994 but were disqualified in the first round. They appeared in the 2008 CAF Confederations Cup as well as 2011.

Cups won by the Highlanders: