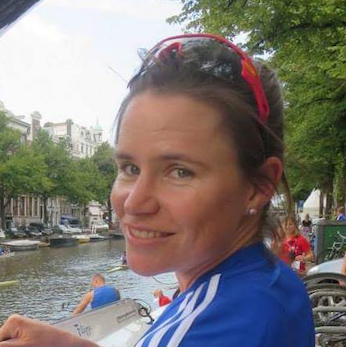 Micheen Barbara Thornycroft is a 2 time Zimbabwean Olympic rower, finishing in the top 20 on both occasions. She has been coached by Rachel Davis and Roger Barrow. She was born on the 26th of June 1987 in Harare, Zimbabwe. She went to Springvale House in Mashonaland East for her primary education and then Peterhouse Girl’s School for her secondary education. She did her rertiary education at Rhodes University in Grahamstown in South Africa. Thornycroft was president of the Rowing Club and won the Sportswoman of the Year Award in 2009 at the Rhodes University Sports Council Award dinner.

She qualified for the 2012 London Olympic Games when she finished first in the women’s single sculls at the Africa Continental qualification Regatta held in Alexandria in Egypt in November 2011. In 2012 she took sixth place in the Final A race at the Paulo D’ Alorja Regatta in Italy and then she came in tenth position at the World Rowing Cup II in Lucerne, Switzerland. At the rowing cup held in Munich Germany she came first in the Final C race and thirteenth overall. Then at the 2012 Summer Olympics she attained fourteenth place overall as she finished second in the Final C race.

Afterwards she won gold at the African Rowing Championships in the single sculls in Tunisia in 2013. She qualified for the 2016 Olympics by coming first at the 2015 African Continental Qualification Regatta in Tunis, Tunisia. She finished in eleventh place at the 2016 Olympics with a personal best time of 07:30.570.

She took part in the rowing edition of the Ubunye Challenge of 2012 that went for 24 hours to raise 250 000 pounds to finance educational projects in Zimbabwe and South Africa.