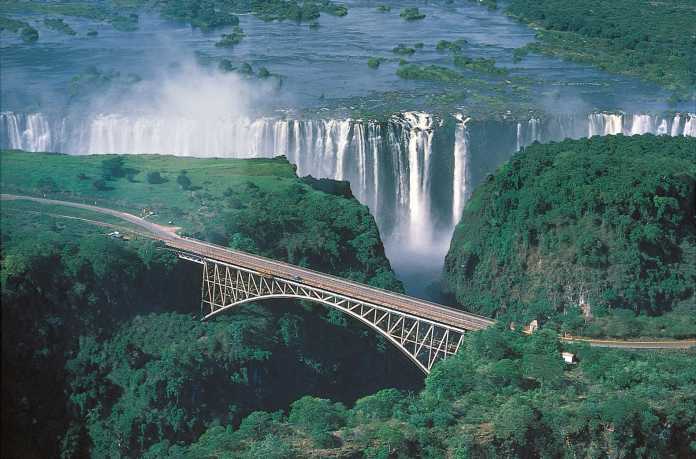 Originally referred to as the Great Zambesi or simply the Zambezi Bridge before being changed to Victoria Falls Bridge. It crosses the Zambezi River, located over the Second Gorge of the Falls crossing the Zimbabwe-Zambia border. The history of the Victoria Falls Bridge dates back to Cecil J Rhodes, as it was part of his massive unfulfilled Cape to Cairo plan. It is said that he instructed the engineers to build a bridge across the Zambezi where “the trains will pass and will catch the spray of the Falls”. He died before it was constructed. The Bridge was designed by George Andrew Hobson of the consultants Sir Douglas Fox and Partners, they were assisted in stress calculations by Ralph Freeman. The bridge was premade in England by the Cleveland Bridge and Engineering Company. It was then shipped to the port city of Beira in the then Portuguese ruled Mozambique.

After it was transported to Victoria Falls via the newly constructed railway, construction began in 1904 and took a year and two months. On the 12th of September 1905 Professor Sir George Darwin, the son of Charles Darwin, officially opened the bridge. He was the President of British Association (now the British Science Association). The bridge is listed as a Historic Civil Engineering Landmark by the American Society of Civil Engineers.

The steel bridge is 198m (650ft) long while the main arch spans 156.50m (513.5ft) at a height of 128 meters above the lower water mark of the river in the gorge. The bridge carries road, railway and footway. It is the only rail link between Zambia and Zimbabwe and one of only three road links between the two countries. The passenger train was active for more than 50 years with passenger trains crossing regularly to and from Northern Rhodesia (now Zambia). After the UDI crisis and the Chimurenga War regular passenger service did not resume. Freight trains (goods trains) carried mainly copper ore (later copper ingot) and timber out of Northern Rhodesia (Zambia) returning with coal. The bridge is maintained by the National Railways of Zimbabwe and Zambia. In 1975 it was the site of unsuccessful peace talks during the Chimurenga War, the parties involved met in a train carriage for nine and a half hours.

The Victoria Falls Bridge’s main tourist attractions include guided tours such as a walking tour under the main deck, focusing on the construction of the bridge. On the Zambian side there is a small museum with information on the history of the bridge. It also contains a café that sells refreshments. Other attractions include a thrill-inducing 111m (364ft) bungee jump at Shearwater that also includes a zip-line. 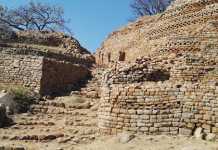