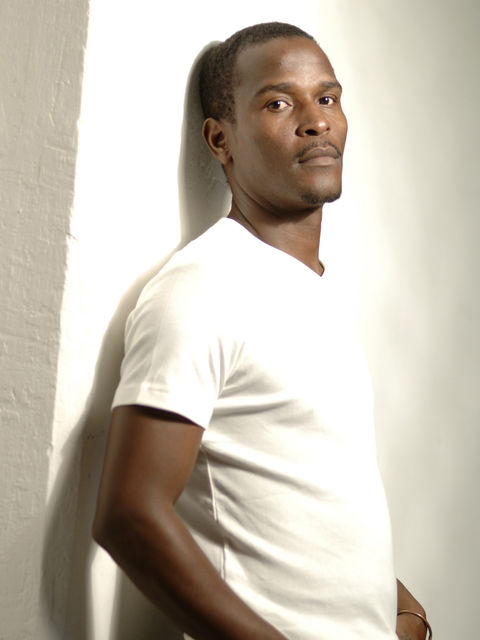 Alois Moyo was born on the 28th of October 1966 in Bulawayo, Zimbabwe. Moyo was one of the co-founders of Amakhosi Township Square Cultural Centre in Zimbabwe in 1980. He is an actor and director. His career started in 1986 when he was an actor in the play “Citizen Mind”. He has been based in Germany since 2005 and has been an actor there for theatre, film and TV. He has played many roles in Amakhosi productions as well as in TV, film and Radio. He has also been featured in several TV series and TV movies in Europe and the USA.

In his cinema debut, he played the role of an African boxer in an American movie called Power of One (1992) directed by John Avildsen, he costarred with Stephen Dorff and Daniel Craig. He also had a role in “Tatort” in 2015 and “Iron Sky” in 2012.

He was lead in 2000’s “Stitsha”, 2002’s “Sinjalo” and he was Spider in 2005-06 “Amakorokoza”. He made his first production in German called “Die Zofen” in 2005 and was followed by “Afrika Montage” in 2007. His second German production was “Stenstunde der Menschheit” in the year 2008. In the same year he was in the TV production called “Traces” and in 2009 he was Mbege in “The Thick” as well as Rashid in the dairy in “Goldingen”. He appeared in  “Spuren” a short film in 2009, and “Der Dicke” a TV series in the same year. In 2010 he played the role of Lay in “Intoxication” and also the role of Fritz Sambu in “Forbidden Love”. Also in 2010 he appeared in another short film, “Die Käserei” in Goldingen a TV movie and in a TV series called “Verbotene Liebe” that aired till 2011. In 2011 he played the role of Souleman Kone in “Cheerful” and then he played Laurent Sore in “Strong Team”. In 2012 he was in the TV series “Heiter bis tödlich –Henker & Ritcher” and in “Ein Starkes Team” a TV series.  In 2012 he also played as Oba Obasiri in the TV production “Fair” and then in “The Undertaker” he was Jaja. He played Kamali in 2014’s “Duds” and in the same year he was Charles Gyan in “Metropolitan Area”.