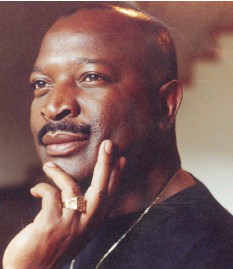 Hit song ‘Wake’ gave Tanga wekwa Sando the popularity he deserves when it was released in 2001. Born Ernest Tanga Kambadzo Sando on the 1st of August 1954 in Highfields Harare. He is a jazz musician and song writer. He grew up in Harare’s Highfields suburb and started his musical journey before independence in the 1970s when he played the trambone for the Salvation Army youth band. While in the band he learned to play the saxophone and after some time he joined professional bands such as the Greenford Jangano led Harare Mambos where he honed his craft. Tanga and the band played in popular clubs and hotels such as Mushandirapamwe Hotel, Queen’s Hotel and the Bulawayo Zimbabwe international Trade fair where they fetched prizes for consecutive years.

As the liberation struggle took center stage in 1977 Tanga went to Botswana where he played for the Gaborone Town Orchestra for a short time. His love for education led him to the United States but his passion for music did not stop there, instead he started writing music seriously. He holds an International Economics and Finance degree from the University of Indiana in the USA. He did his first recording in Bloomington where he played in a band with five guys. He later relocated to New York where he pursued a job in the music industry. He was hired at Tower Record Departmental store in the Intelligence (Security) section and worked there for three years before returning home.

When he returned to Zimbabwe he formed the band called The Giraffe with the renowned Bothwell Nyamhonde. They recorded hits like Mahobho and Vakomana Vekwedu among others. Then he embarked on a solo career. The hit song Vakomana vekwedu was used to celebrate the victories won by the Zimbabwean National soccer Team. Tanga took a long sabbatical from 1993 to 2000 and came back with a banger in 2001 with the hit song ‘Wake’, which will forever be the song he is remembered by. This album was recorded in his Hakuna Matata studios. The title track from the album Wake was aired on ZBC TV and was the favorite air play. Other songs on the album were Nyenyedzi yemugovera, bharanzi, Shungu and PaFio. A year later he went on to release album Shungu. In 2014 he released his third album Katsindi. The title track was proven to be a hit song on the popular Zimbabwean radio station Star fm.

I remember singing with friends in music class- well trying to. We would sing along to the lyrics Wake this was around 2005.

To help promote new artists, Tanga launched an Outdoor Entertainment Center called PaFio. The Center hosts guest artists every Saturday, giving upcoming artists the opportunity to share a stage with some of the country’s greatest musicians. An incredible way to pass the torch.