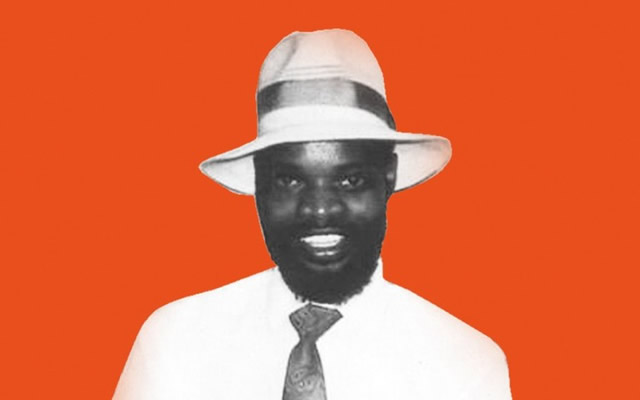 The so called master of Zimbabwean Rumba, Leornado Dembo and his group Barura Express took the music scene by storm in the early 1990s with Chitekete. In his origins of Karanga tribe in the province of Masvingo, it is said everyday in the local stores you would only hear his music being played. This is how proud he made his people, and with natural poetic talent he had, the more a reason he gave his people to be proud.Although not too much about his childhood is documented, he speaks somewhat of it in his songs such as Nhamo Moto, and Nhamo Iya Ndakura Nayo. In these songs, he talks about growing up without his father and the hardships he faced as a result. Always on the move as a young child, Leonard attended primary school in Buhera, Bulawayo, and Chembira school in Harare. After completing primary school in Harare, he went back to Bulawayo to look for work, leaving out the whole idea of going to high school for unknown reasons.

Dembo is believed to have been hugely into singing since the age of nine, he was a great admirer of Jonah Moyo and the Chimbetu brothers when he was coming up. When he moved back to Bulawayo to look for work around the time after independence, he started looking into following the career path in music. In 1982 Leonard Dembo moved back to Harare to give it a real big shot at music as he was struggling to make it in Bulawayo, traded the second biggest city in Zimbabwe, for the biggest city; a gamble, nevertheless it paid off. In Harare he was identified as a talented guitarist as he played the lead guitar for the group, The Outsiders. He even broke the charts with his early hit ‘Dambudzo’, also with Manga Majaira Matsotsi which he released with a different group called Five Notes.

Leonard Dembo left The Outsides and Five Notes due to agreement laws and band management in which brought a misunderstanding. As the most talented of the group, he carried on singing and released Mai Vane Vana Vavo (1984) and Venezia which were both successful, of course brought discomfort to past band members and management. To add to this success, Dembo finally got a few of his friends and he made the Barura Express band in 1985. The name Barura is believed to have been inspired by a mountain in Buhera called Barura Mountain where his mother was hailed from. Coincidence or not, the name was also widely known with its attributed meaning ‘Nonstop Beats’.

With this group, Dembo found nonstop success. Hit after hit with his new entourage, he took Zimbabwe music scene by storm. His tracks were well put together and related to the audience greatly, like his song Murombo; this appealed to most young men as it address the issues of being a poor bachelor looking to get married. He kept working hard competing with already developed artists, the material was good, but not quite comparable to the heat he brought in 1991.

Dembo grew in popularity in the late 1980s, but his break though didn’t come until 1991 when he dropped Chitekete. He claims to have written the song a number of years earlier, the song talks about him desperately trying to get married to a certain beautiful young lady. This track seemed to have introduced a new style of playing rhythm guitar, at the time, it was the most popular song in Zimbabwe since 1980. It sold 100,000 copies in its first 3 months it went on sale and during the time, it became a very popular song at weddings. It was also the only Zimbabwean song played at the Miss World Pageant in Namibia 1996. By 2008, despite other great hits from great artists, no song has managed to surpass the popularity of Chitekete.

Dembo’s success came as a result of his songs relating to most youth as he sung a lot about finding love, and very little about war and struggles which other people may have been heavily leaning on. The poetic lyrics of his songs are cleverly crafted and full of deep root-meanings; arguably still unmatched by any Zimbabwean artist to this day. His spare, guitar, band sounds on Chitekete were followed by plenty of other similar tracks which brought huge success. Others claim that he single handedly mastered what people in Zimbabwe now call Rhumba, even though many others still say his genre of music was Sungura.

Leonard Dembo died in April 1996 before his music reached international audiences, but nevertheless he’s still a Zimbabwean legend whose music still continue to sell and giving inspirations to many other artists.

Zimbabwe: A World of Wonders