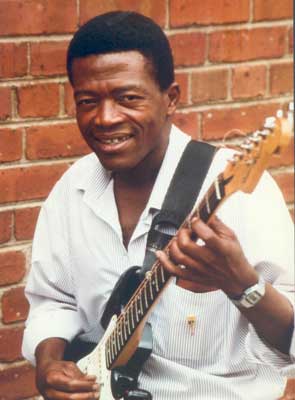 Known for the mbira inspired style or chimurenga music, he was born in the year 1952 in the province of Masvingo and grew up in the mining town of Zvishavane. His older brother worked at the mine as a musician for the mining camp band. Jonah’s first experience with the guitar was at the age of twelve, he would imitate the sounds that his brother produced while his brother was at work. He was expelled from Mpopoma High School in the year 1969 when he was doing Form 2. Since he was by then a decently skilled guitar bass player, he convinced his brother to admit him into the band as a bass player.

Sithole remained in Harare when the band he played for was given a contract to play in Gweru as he had plans to start his own band. In 1971 he joined Jackson Phiri, leader of the Limpopo Jazz Band, where he learned to play the Congolese rumba guitar styles. When the foreign band members were deported, Jonah started playing for a slew of hotel bands with no names. He later played with the Great Sounds for a short time before moving to Mutare in 1974 to play with the Pepsi Combo. He joined forces with Thomas Mapfumo since he had a band but no contract or equipment but Mapfumo had a contract to perform at the Jamaica Inn but no band. The two performed at the Jamaica Inn for 2 months and later played at the Mushandira Pamwe Nightclub in Highfields Harare.

Sithole parted ways with Thomas Mapfumo and the Blacks Unlimited in late 1975 and moved back to Mutare and formed a new band called The Storm. He released his first single “Sabhuku” in 1977 showcasing Jonah’s unique mbira guitar style. It was in that same year that Jonah started specializing in the mbira music. He rejoined Thomas Mapfumo in 1978 playing the guitar on Thomas Mapfumo’s album called “Hokoyo”. The two would team up and compose chimurenga inspired songs including the likes of “Pfumvu Paruzevha”, “Kuyaura Shumba”, “Chitima Cheruzevha”, “Dangurangu” and “Chipatapata”.

He left the band once again in 1981 to pursue a career as a band leader with Deep Horizon. After he released his highlight single called “Kana Ndaguta” in May 1985 he was asked to rejoin Mapfumo’s band and stayed with them until 1989. Afterward he played with the Pied Pipers. In 1995 he rejoined the Blacks Unlimited (Thomas Mapfumo’s Band) and performed on three albums.

He was married to Gladys Maigurira and had two children. Jonah’s health started failing him in the year 1997 and he appeared on only one song called “Tipewo Mari” for the band and later that year in August he passed away. 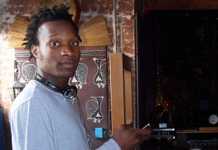