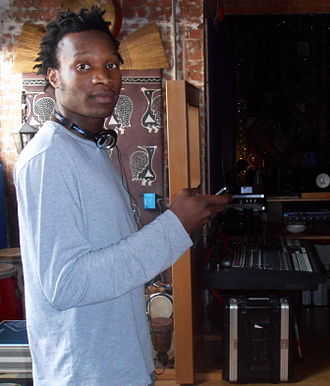 Musician, singer-songwriter and music producer Peter (Mashasha) Mujuru was born on the 15th of October 1982 in Harare. Based in the UK he is regarded as an original and important new voice in African music. He was given the nickname Mashasha when he was still a child, it translates to someone with skills of a champion. He was exposed to music through his father who was an avid record collector and also through attending Highfield Presbyterian Church. He was close to Oliver Mutukudzi whom he used to visit when he was a child. Mr. Mutukudzi was their neighbor. He created an amateur band with Mutukudzi’s nephew Tapiwa “Oliver Jr” who played the guitar. In 1999 the band made their professional debut opening for Mutukudzi and his Band, calling themselves “Oliver Jr and Friends”.

In 2000 he joined the Sisonke band that was led by Jonah Mutuma. He was with this band until the death of Mutuma in 2002. In 2002 he co-produced the debut album by Malethar called “Nyarara”. He was a studio and live bass guitarist for the likes of Chiwoniso Maraire, Edwin Hamma, Rute Mbangwa, Charles Summerfield , Comrade Fatso and many others. Mashasha joined the band Too Open in the year 2003 and in 2004 he was part of one of Zimbabwe’s most popular bands, Andy Brown and the Storm. At the same time he played regularly with Tanga Wekwa Sando. Mashasha was invited to participate in the all-star collaboration project called “Hupenyu Kumusha” in 2005 which included acts like Chiwoniso Maraire, Busi Ncube and Adam Chisvo, Roger Mbambo and piano player Bengt Post. The album was later released in 2006, it featured two songs by Mashasha called “Spirit” and “Africa Why war?”

He featured in two television documentaries by film-maker and music producer Eugene Ulman about the Harare performance venue The Book Café: “The Book Café Turns 10” and “Six Nights a Week at the Book Café”. Mashasha has been based in the UK since 2008, he plays in a bass and drum duo called Mashasha and Sam. While in the UK he has performed at the Rise Festival, The Ritzy, Luton Arts Carnival, South Bank Centre, and 02 Stadium. He released his debut album as a solo artist called Mashasha in 2011, he co-produced it with Eugene Ullman. Mashasha runs a production company he formed with Ullman called Elegwa Arts and they also have an independent record label called Elegwa Music.

He was awarded Morley Studio Recording Prize of 2011 and his album “Mashasha” was named Best album in 2011 by Zimbabwe Music and Arts (ZIMAA).