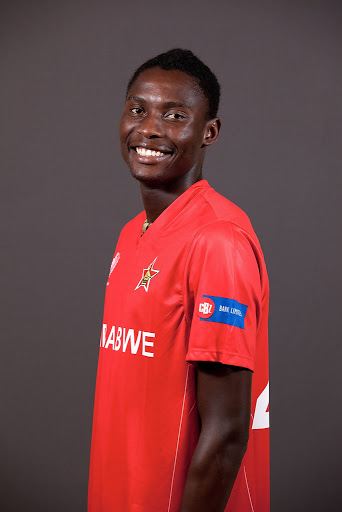 Born on the 27th of November 1985, Mpofu is a Zimbabwe international cricketer. He is a right arm medium bowler. His professional career started in March 2004 for Matabeleland against Manicaland, taking three wickets on his debut. In the 2004/05 Faithwear Inter Provincial One-Day Competition he was the leading wicket-taker with 11 wickets and he repeated the performance again in the 2005/06 edition with 9 wickets.

Mpofu made his One-Day International debut against England in 2004 causing the English team some anxious moments. He struggled in his first Test against Bangladesh. He scored 0 and 5 in the match. He continued to struggle internationally for a long time. It was former Zimbabwean fast bowler Heath Streak who encouraged him when Mpofu was losing faith in himself and was feeling like he would never play for Zimbabwe again. The two had a good understanding as they both came from Matabeleland and Streak spoke Ndebele. Streak told Mpofu that he needed a wider repertoire of balls. And he was told by former English Test cricketer Robin Jackman that he will have to bowl a slower ball. Mpofu experimented in the nets, following success there he tried them in a match situation and this was a turning point in Mpofu’s career.

Decent performances followed in the 2010 tri-series against India and Sri Lanka as Zimbabwe reached the final ahead of favorites India ultimately finishing as runner ups to Sri Lanka. He continued his good form in the subsequent tour of Ireland. Mpofu took 8 wickets from these two combined series. He had a fine World Cup 2011 performance with 7 wickets at an average of 22.71 from four matches and eased into a more senior role for Zimbabwe.

Christopher Mpofu is a world record holder for conceding the fewest runs (6 runs) without bowling a maiden over in a T20 international after bowling the complete quota of overs.