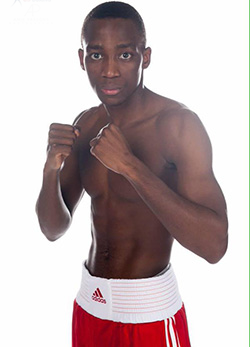 Known as Smokin’ Joe, the flyweight and super flyweight boxer standing at 5ft 4, Joe Maphosa was born on the 7th of April 1994 in Beitbridge. He holds a boxing record of ten wins including one win by K.O in ten fights and he has not lost any fights during his professional career. He grew up in Beitbridge with his parents and two of his brothers until he was nine when his father, who was a mathematics teacher and a part-time accountant, moved to England to look for greener pastures. After saving up enough money he settled in Middlesbrough and flew his family to join him. Joe went to St Pius X Primary School where he gained an interest in cricket. His love for boxing came when he saw a clip of Bernard Hopkins fight on TV and he never turned back.

As an amateur boxer he had 75 fights with 60 wins. Joe reached the bantamweight final but was defeated by Reece Bellotti in 2012. In 2015 he was defeated by Sunny Edwards in the light-flyweight final. When he competed at the British Lionhearts at the 2015 World Series of Boxing, he lost to Cuban Domadores Joahnys Argilagos at the York Hall in London in a split decision.

Joe Maphosa made his professional debut on the 13th May 2017 when he scored a four-round points decision victory over Gary Reeve at the First Direct Arena. He scored his first stoppage victory on the 28th of April 2018 at the Temple Park Leisure Centre in South Shields. He stopped Steven Maguire via TKO in the fourth and final round.