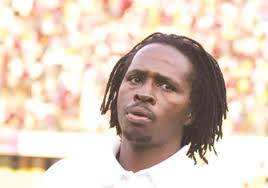 Born in Bulawayo, Charles Mhlauri grew up in Mpopoma Township. He is the first born in a family of seven. Attended Lukanyiso primary school from grad 1 to grade 5. Because he went to a school that was dominated by athletics and football, Mhlauri found himself playing for Zimbabwe Saints Under 12. After a war broke out in Bulawayo in 1980, he moved to Mashonaland for his safety. Here he went to a school that spoke Shona predominantly, as an outsider, he was nicknamed “Mundebere” for his strong Ndebele dialect.

Charles Mhlauri went on to do further education and working at respectable companies before deciding to take the coaching path. This led him to fly out to Germany where he did all the courses and earned himself the most advanced coaching degree in that country. With that, he flew back to Zimbabwe and started coaching local clubs before finally trying his luck with the national team in 2004; position a he held for thirty games until 2007.