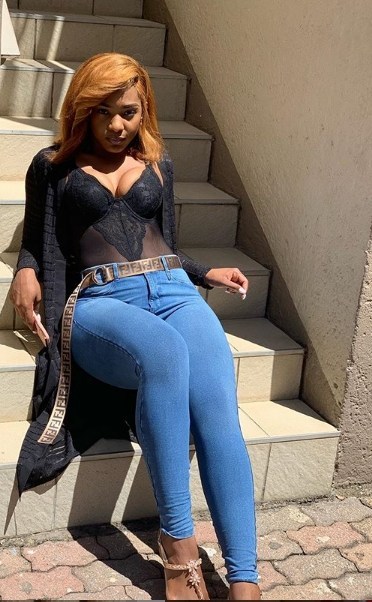 Born Michelle Amuli on the 5th of November 1994, Moana was a Zimbabwean socialite and actress who was popularly known for being a fitness bunny. Mimie Moana, as she was known by her friends, was the daughter of Ishamel Amuli and she was of Muslim descent through her father.

Besides being a fitness coach she was a Yogi, a brand influencer, and a fashion model. She endorsed companies like Chicken Hut and Frosty (By FoodCon Zimbabwe) and would regularly post pictures with their products. As a video vixen, she was featured by award-winning musician Jah Prayzah in the video for “Munyaradzi” a popular track off his album “Hokoyo”. She said she did not go through the auditions as required but Jah Prayzah’s crew looked for her. She also gave credit to her posted Instagram videos that showcased her talent.

She also starred in ExQ and Takura’s popular track called “Zvemoyo”, on Freeman’s track, “Muridzo” as well as Enzo Ishall’s track “Mwenje”. As a media personality, she gained a huge following on social media by frequently posting fitness videos online. She tried to live and encourage a healthy lifestyle and had developed a physique that was the envy of many. She also loved to play basketball.

On the 8th of November 2020 she passed away in a car crash after being trapped in the car when it caught fire. She was coming from her birthday celebration at Ginimbi’s Dreams Nightlife Club (formerly known as Club Sankayi) in Harare. The accident also claimed the life of Genius Kadungure (Ginimbi) and two others who were in the vehicle. Her death was confirmed by Ginimbi’s PR manager Ms. Shally. Moana is survived by her daughter Tyra and her fiancé who is not named.