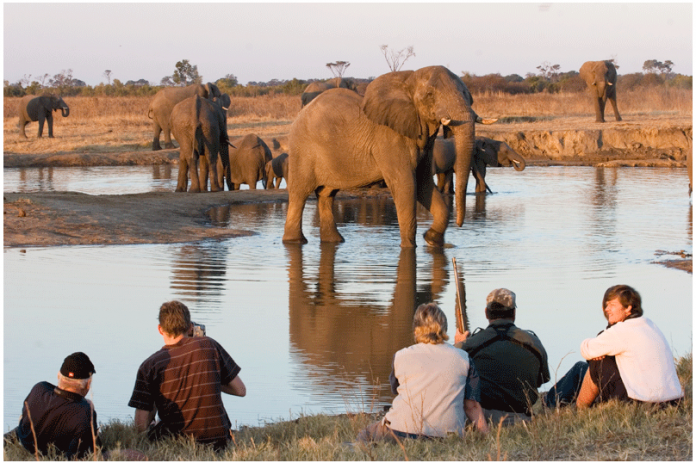 Hwange is Zimbabwe’s largest national park, accounting for an area of 14,651km2. Formerly occupied by the San bushmen, the Nhanzwa, and latterly the royal hunting ground for Matabele king, Mzilikazi, the area was finally gazetted for wildlife conservation in 1928. The wildlife did not escape the attentions of the white hunters who also had their opportunity to bag a few trophies in the late 1800s and early 1900s before the park came into being. Hwange is quite different now.

A haven for over 100 mammal and 400 bird species, the park protects populations of all of Zimbabwe’s endangered species, elephants numbering in excess of 20,000 (up from around 4,000 when the park was proclaimed), and what is thought to be one of the largest populations of African wild dog left in the world. Large prides of lion and buffalo are frequently seen here and you have a good chance of spotting leopard and rhino in addition to cheetah and spotted hyena. The wild and woolly brown hyena also occurs here and is something of a rarity.

A significant feature of Hwange is the absence of permanent surface water. Animals rely heavily on a series of waterholes, many of which dry up completely during drought years. The Friends of Hwange now maintain a number of these waterholes throughout the year thereby ensuring the livelihoods of thousands of animals, and excellent game viewing as wildlife congregates at these points. The landscape is also diverse, dense teak forest in the north gives on to Kalahari sandveld in the south. In between, open grassy plains lined with acacia lie alongside mopane woodland and islands of ilala palms. The seasons, too, impose dramatic changes on the park. During the hot summer rains between December and March the bush becomes lush and the wildlife disperses. Between June and October, the winter months see the bush rapidly dry and thin out, all but a few waterholes remain, and the wildlife is concentrated and easy to spot. The Hide 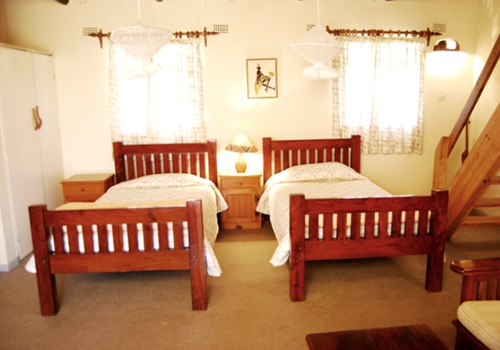 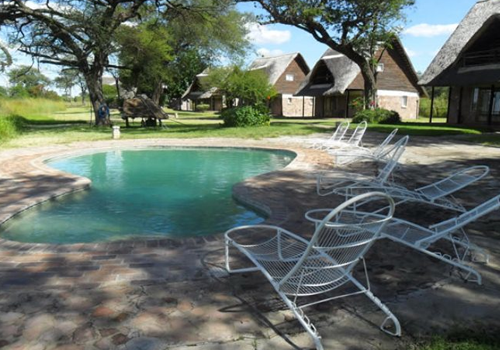 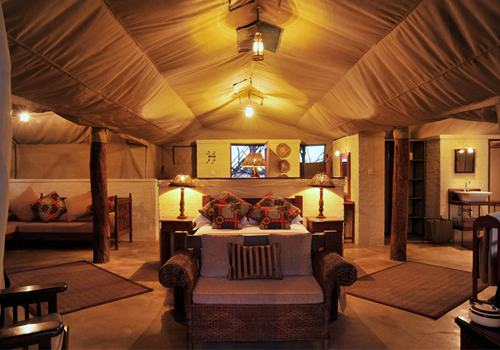 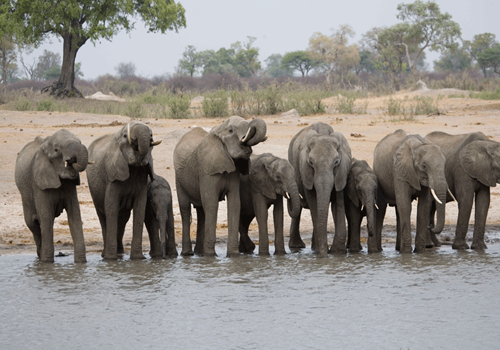 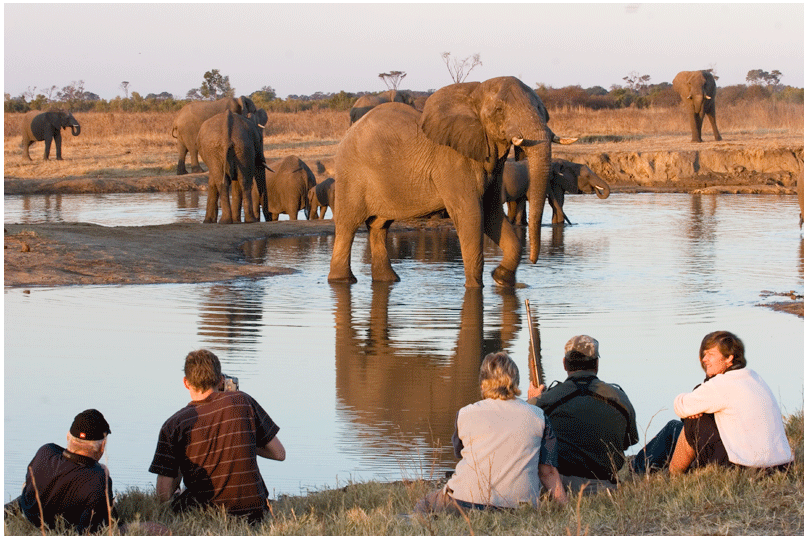 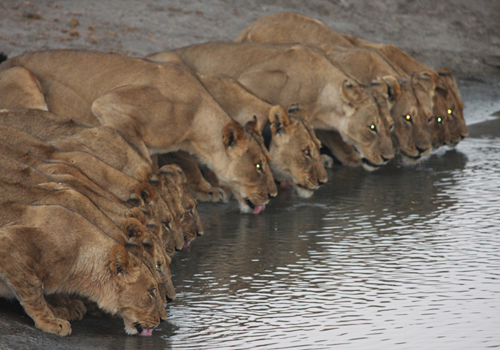 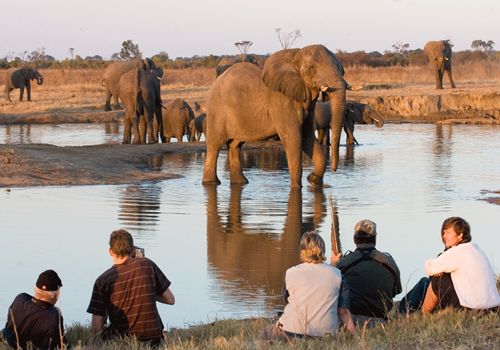 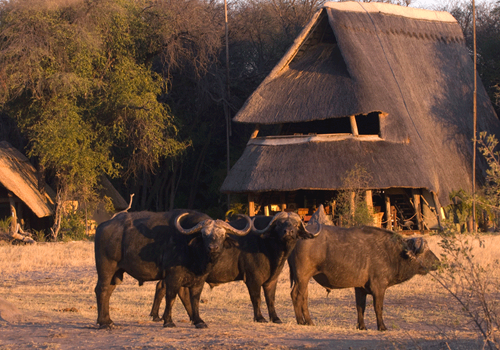