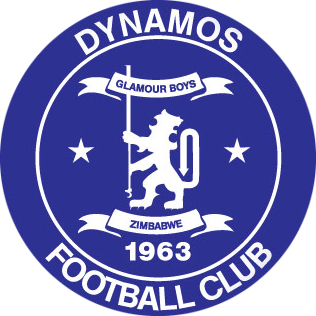 Affectionately known as De-Mbare to local Zimbabwean football fans, Dynanos was founded in the year 1963 after a merger between two smaller teams. Based at Rufaro Stadium in Mbare, Harare the boys in blue were and are one of the most popular teams in Zimbabwe with over 7million supporters. They currently participate in the Zimbabwe Premier Soccer League. De-Mbare does not have a stadium of their own and rely on rented Harare city council stadiums

Dynamos have a record of 22 league title and 16 cup titles. The team’s founder Sam Dauya prepared an emblem and wrote the club’s constitution. Dynamos was the first black team to consistently challenge for the predominantly white Rhodesia National Football League, winning successive championships in 1965 and 1966. The team consisted mainly of Shona speaking players who hailed from the Harare Township of Mbare.

The key player of the original Dynamos was Patrick Dzvene who was known as the midfield magician. Because of their ground passing game known as “carpet soccer”, and their philosophy of “entertainment and winning, attacking football” they also came to be known as the Glamour Boys. De-Mbare won six domestic titles before independence. In 1980 when the Zimbabwean Premier Soccer League had taken over, they became the first champions of Zimbabwe. In 1981 De-Mbare won their first match in the African Cup of Champions Clubs.

De-Mbare is Highlanders’ long standing rival, and their matches are mostly referred to as battles. When the Glamour Boys are playing at home they wear all blue, while playing away they pair white shorts with white jerseys and blue socks. De-Mbare has had 17 appearances from 1981 to 2014 in the African Cup of Champions Clubs, 2 appearances in the CAF Confederation Cups of 2004 and 2012, and 3 appearances in the African Cup Winners’ Cup in the years 1989, 1991 and 1997.