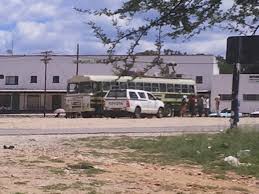 West Nicholson or Tshabezi is a town located along the Bulawayo – Beitbridge Highway just about 44 km southeast of Gwanda and 171 km southeast of Bulawayo by road. The town was named after Andy Nicholson, a prospector who came into the country with the Pioneer Column. He was responsible for mining and exploring the area. It was a major gold mining area once, and mining still occurs about 4km along the main road going to Bulawayo. This mining activity occurs at the Jessie Mine that is owned by F.A. Stewart Private Limited. It used to host a beef factory where local cattle were slaughtered for corned beef and biltong but it was later closed down. There is a butchery that is still active and a supermarket run by Rogers Brothers and Sons.

West Nicholson has Game and Safari activities available at Tshabezi Safaris, Tamba, Sondelani and Todd’s Guest House. There is a river running through the town called Mzingwane River as well a railway that carries passenger and cargo trains. The town’s sporting activity is mainly soccer with two main teams, Jessie Mine Football Club and West Nicholson United. They play in the Zimbabwe Football Association lower division leagues. They also partake in netball and volleyball with Jessie Mine and JZ Moyo High School taking part in the Matabeleland South Volleyball Association’s league.

The West Nicholson primary school is run by the Lutheran Church, and Jason Ziyaphapha Moyo High School is run by the government and is for both girls and boys. It was established in 1982 and located on the former Majoda Farm. The school is part of the ZIMFEP group of schools.