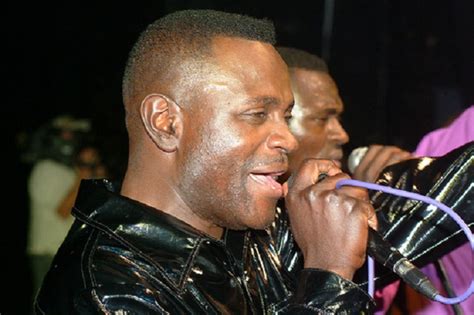 The main man of The Orchestra Dendera Kings, Simon Chimbetu experienced all that one should go through when climbing to the top of the music industry. His career began in the late 1970s, playing music in hotels before getting a record deal. He started out playing with his brother and joining forces with other groups along the way before finally taking the solo career.

In the early 1980s, he managed to link up with the Sungura Boys led by John Chibadura; the band only supported Simon Chimbetu and his brother Naison Chimbetu with instrumentals as the two provided the vocals. The two of them went on to record albums as the Marxist Brothers, penning some great songs like Dr Nero (Naison) and Nherera (Simon) which gave the two visibility on the Zimbabwean musical front. After recording several albums together, the two went on to split in 1988 with Simon making his own band; Orchestra Dendera Kings. There was very little doubt that he was the more talented of the two, with his solo career by far more successful.

Because of his earlier experiences in life, and his in-depth knowledge about the liberation war (knowledge gained during training in Tanzania), Simon always wrote songs that were politically conscious. Songs like ‘Pane Asipo’, ‘Ndiri Musoja’, ‘Africa’, ‘Zuva Raenda’ etc were all politically/war driven.

Controversy was never too far from Simon Chimbetu, at the beginning of his solo career in 1989, he was arrested for ‘buying stolen property (car)’. Although he pleaded not guilty, he was sentenced to four years in jail. His popularity also declined because of his pro-government stance during a time when people wanted to distant themselves with those who were supporting land reform policies in the country. Some people saw this period as his decline, nevertheless; Simon’s shows would still sell out.

With the ups and downs surrounding this man, there were no questions about his talent. The people who went to his shows would describe the man as a very ‘cool’ entertainer. He would spare time for pictures with the fans and the crowd always would show him respect even during the ‘decline’ era. What made Simon so great in the music industry is his originality, and never losing track of it. No matter how controversial the war songs would be, he wrote them from his heart and every album would be blessed with them. Even when he was on top of the music charts, he was very vocal about being a strong Zanu-PF supporter, but still believed we were all fighting for the same cause no matter what party one supports.

In August, 2005, Simon Chimbetu was involved in a car accident. He passed away on the 14th of that month leaving a legacy that will last forever amongst many Zimbabweans. “Cellular”, or “Chopper” (the name he took when he joined the liberation war) was declared a provincial hero. After 8 albums with his brother and 13 solo albums, Simon Chimbetu will forever be a LEGEND on the musical front.