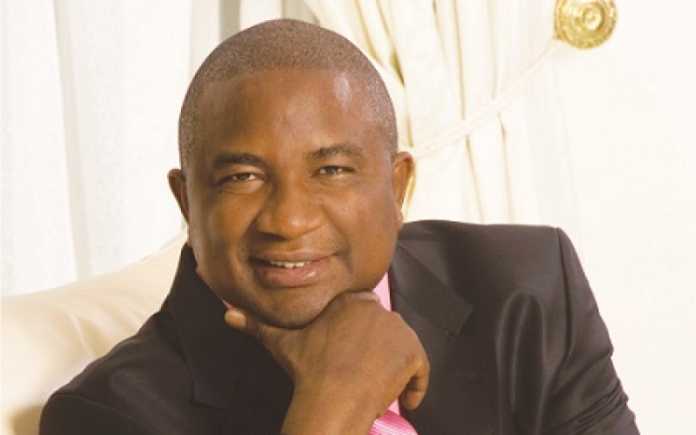 One of the wealthiest men in Zimbabwe, Philip Chiyangwa also known as ‘PC’ or Mkoma Fidza is well-known for his eye for business and inspiring lavish lifestyle. He credits his success to pure hard work and understands how to make calculated decisions in the economic environment.

Philip Chiyangwa was born in 1959 to parents Divaris Makaharis and Marita Mandivenga. He is the 7th child in the family of 14. His mother sold vegetables to make a greater part of their income, and his father was in and out of correction facilities. He attended Chegutu Primary School and went on to St Francis Secondary school. Philip Chiyangwa attended Universal College in Highfield, and proceeded to do Accounting Machines at Commercial Cotcers College in 1977. He worked at Dunlop Zimbabwe, Willowvale Mazda Industries and Van Leah as an intern and Work-study. He obtained an advanced diploma in accounting which he achieved in Bulawayo. Through bookkeeping and accounting for many businesses, he was encouraged to start his own business.

Entering the business world
Chiyangwa has ventured into many business fields and the first of these was Phids Electric Sounds. A disco in Chitungwiza and through this business he could manage some artists like Hosea Chipanga and the Erosion Band. He also went into promoting boxing and was the manager for Proud Kilimanjaro Chenembiri, Gilbert Josamu, Ambrose Milo and Langton Tinago. Commercial Industrial Agency (CIA) was his next venture which supplied stationery and furniture, in 1984 to rural schools. Chiyangwa, after a 3 year long battle to receive a betting licence, became the first black person to hold one in Zimbabwe in the 90’s.

Affirmative Action Group
Through his previous battle to obtain a betting licence, Philip Chiyangwa was motivated to start a black empowerment group called Affirmative Action Group in 1994. Together with Peter Pamire this group would lobby for better distribution of economy-share to black people in Zimbabwe. The organisation has been subject to some controversy over the years but remains, and continues to advocate for empowerment in the country.

Business
Philip founded Native Investments Africa Ltd, based in Harare, and sits as the chairman of this Company. There are many subsidiaries such as ZECO Holdings, Pinnacle Holdings and Tsivo Holdings which operate in property, manufacturing, construction, hospitality, travel, and tourism industries. His businesses have been highly successful, with his property company (Pinnacle) being one of the largest in the country and has received 2 awards for the Best Hotel investment in Africa in 2009 and 2010 awarded to him by The Africa Investor. Glory Car Travel and Tours registered under the tourism Act has been commended for offering exceptional services with its modern and luxury fleet of cars available for rentals.
He is a shareholder in over 30 companies, both local and international as his eye for business and opportunity expands over the years. He has also acquired a multitude of property over the years in commercial and residential areas. A lot of this land has been developed into cluster homes, small apartment buildings and industrial plots serving in his property company Pinnacle Holdings.

Outside of business, Philip Chiyangwa was nominated to be President of ZIFA which is Zimbabwe’s Football Association and is also a Member of Parliament for Zvimba South as voted in the July 2018 elections. In addition, in 2011, Mr Chiyangwa had an official opening to his Christian school named Divaris Makaharis in Bluffhill Harare-named after his father. The A-school has impressive architecture and has the objective to provide high education through academics, sport, social and cultural activities for primary and secondary education.. The school has been a success and has over 250 pupil enrolment a year. Mr Chiyangwa has established the Philip Chiyangwa Foundation which provide scholarships nationwide