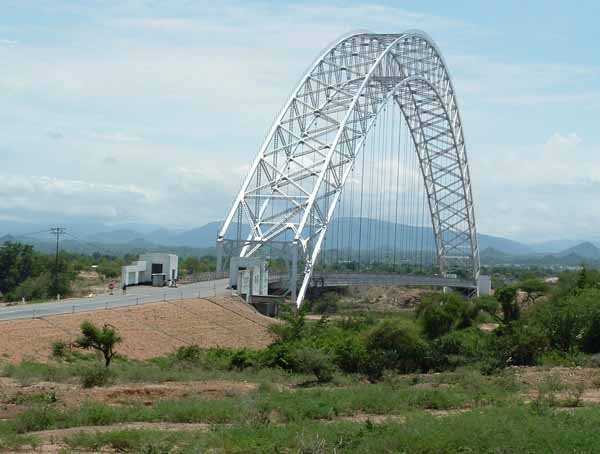 Considered to be one of the country’s best pieces of engineering, it appeared on the former Zimbabwe twenty-cent coin. The Birchenough Bridge was named after Sir Henry Birchenough, who chaired the Beit Trust, a foundation that funded and planned the construction of the bridge. It was funded at a cost of £145 000. It was opened on the 20th of December 1935. Designed by Ralph Freeman, who also designed the similar-looking Sydney Harbor Bridge in Australia, it was constructed by the firm Dorman Long.

Located 62km from Chipinge in Manicaland province, the bridge stands 15.2m above the Save river. At 329.4m, it was the third-longest single-arch suspension bridge in the world at the time it was opened. With a width of 10m, the Birchenough Bridge carries the main road that connects Chipinge with Buhera. The construction of the bridge benefited the nearby village (also called Birchenough Bridge) as it became the center of a small scale farming area. The load capacity has since been reduced to only allow vehicles weighing less than 25 tonnes.

To pay respect to Sir Henry Birchenough after his death his ashes were buried beneath the structure of the bridge.