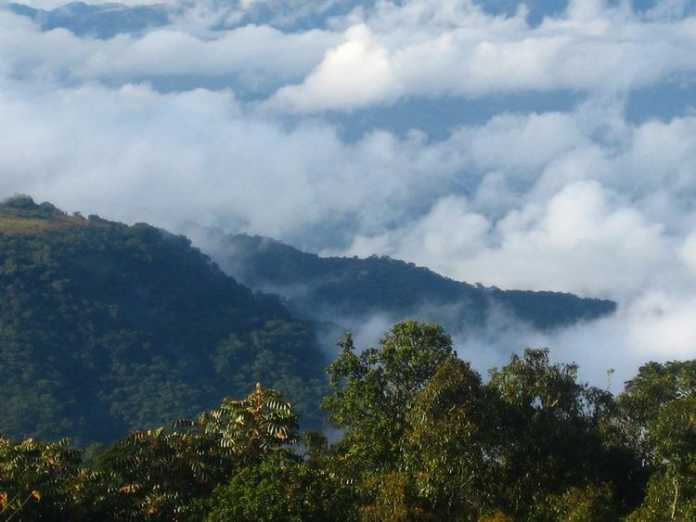 Known as the Mountains of the Mist (bvumba is the Shona for mist) because the early morning starts with a mist that clears up mid-morning. The mountains are located 10km southeast of Mutare. The mountains range over the Zimbabwe-Mozambique border. They rise at about 1,911 meters and lie mostly in Zimbabwe but the mountains extend north-eastward toward Monte Vumba in Mozambique. The Bvumba Mountains were added to the UNESCO world heritage tentative list in August 2008.

They are considered to have some of the best views in Africa. These mountains are also known for their coffee plantations. You can access the mountains by tarred road from Mutare. The mountains are composed mainly of granite which has been dated at over 2600 million years. It is a savannah woodland and has extensive sub-montane grasslands. The higher levels of the mountain are sparsely populated with shrubs like protea and aloe. The Bunga Forest Botanical Reserve can be found in the centre and it neighbours Bvumba Botanical Garden. It is home to unique butterflies and birds like the Swynnerton’s robin which live and breed in the forest. Other animals to be found include leopards and the samango monkey. The area is also home to unique reptiles including the Marshall’s leaf chameleon and Arnold skink.

When you find yourself at this majestic place be sure to visit the Bunga Forest Botanical reserve, the Manchester Gardens – a place with artificially made streams and dams, Elim Mission Memorial, and the Leopard Rock Hotel where there is a golf resort and casino. Other attractions include Chinziwa Scout Park, Kwayedza Lodge, Cripps Family burial plot, Cloudlands, and a wedding venue named the Refuge.