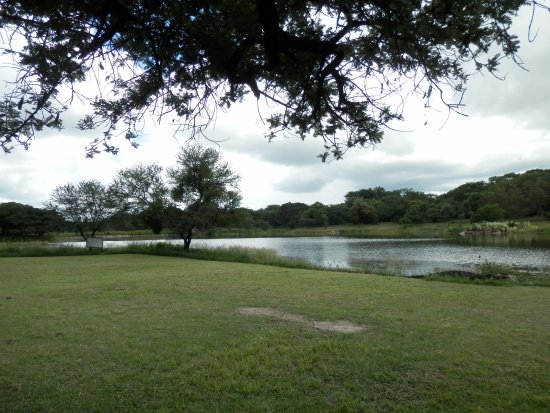 Known to be one of King Lobengula’s favorite villages to relax at, its history dates back to the Stone Age; various Stone Age tools and shelters have been found in the area. The name Hillside Dams was adopted after infrastructure for commercial water supply was completed in 1898. The structure later collapsed.

The Hillside Dams were sold to Bulawayo City Council in 1924 and the dams were rebuilt. The area became a low density suburb known as Hillside. The Hillside Dams was recognised as a national monument in 1942. It is governed by the National Museums and Monuments of Zimbabwe.

The area is mainly dominated by woodland vegetation like Acacia, Terminalia, Burkea, Sclerocarya and Peltophorum. There is an Aloe Garden that has a variety of Aloe Vera. Hillside Dam has very few mammals but it is a sanctuary for birds. There are a lot of kopjes and scattered rocks, the main rock being Syenite.

While at the Hillside Dam you can take part in canoeing, zip lining, or those who are in to the less exhilarating activities can enjoy barbecuing, fishing, picnics or a simple nature walk.