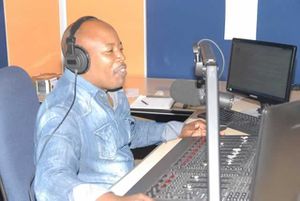 Radio and TV personality Admire Taderera rose to fame in the 1980s working for the Zimbabwean Broadcasting Corporation. He worked as a radio presenter and DJ for ZBC from 1986 to 2007.  He also worked at Power FM Zimbabwe. He later joined Star FM, owned by Zimbabwe Newspapers, where he was the general manager when it launched in 2012. He left Star FM in October, 2014, taking early retirement after some conflicts at the station.

Aside from radio presentation and being a DJ, Taderera has also done sports commentary, working many football games both locally and internationally. He commentated on games for the Zimbabwe Premier Soccer League on ZBC as well as several radio stations. Taderera was appointed chairperson of the Sports Writers Association of Zimbabwe (SWAZ) in 2011. In this capacity, he was responsible for the professional conduct of sports journalists.

Taderera joined a growing religious movement called Heartfelt International Ministries where he was a spokesperson owing to his popularity in the media and his experience in the broadcasting sector. He was the face of the religious movement appearing on the local print and electronic media speaking on behalf of the church.

Taderera suffered a stroke in December, 2014 which left him partially paralysed.