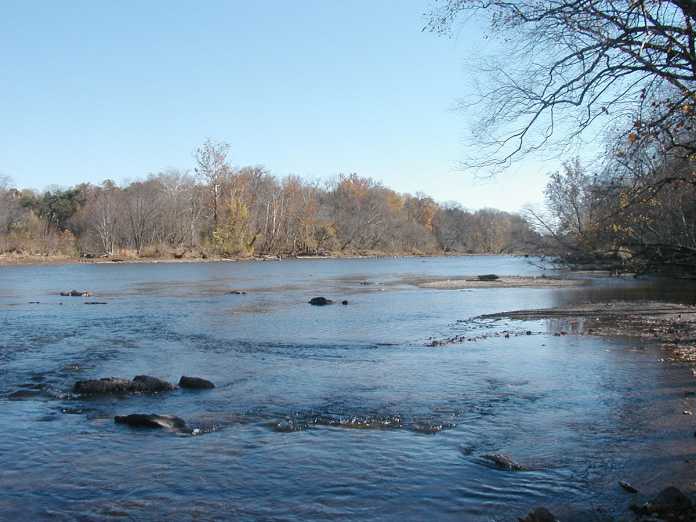 Flowing through both Zimbabwe and Mozambique, it originates in south central Zimbabwe flowing south-east along the Mwenezi River Valley. In the past it was called Nuanetsi or Nuanetzi River, a name it still has in Mozambique. Mwenezi River is located in the Insiza district in south central Zimbabwe. Mwenezi flows through Gonarezhou National Park. The river contributes about 7% of the mean annual runoff of the Limpopo basin. It is the third largest tributary to the Limpopo basin. It is a river with intermittent flow generally in the rainy months.

From its source the river flows through Chegato Mission, Mwenezi Village, Mabalauta Camp, Gonarezhou National Park and Malipati Village. The Mwenezi River has four bridges crossing over it: one on Masvingo-Beitbridge road near Rutenga as well as a rail bridge there, one on Chegato-Mataga road, one on the Dinhe-Neshuro road and one on the Malipati road from Chikombedzi. There is one dam on the river. Manyuchi Dam supplies water to Rutenga for sugar cane irrigation.

The river supports wildlife such as herons, hippos and crocodiles. Sadly lots of people lose their lives to these crocodiles along with a number of goats, calves, and donkeys.