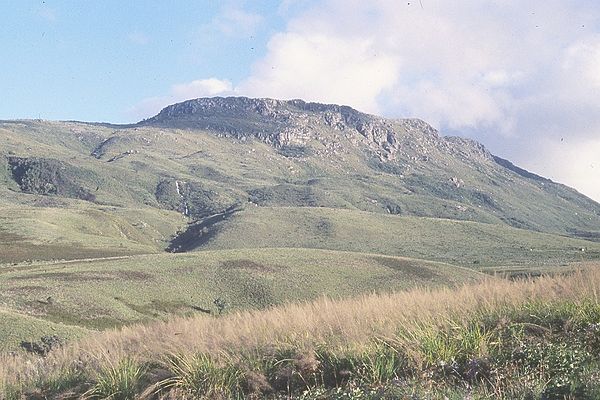 The highest mountain in Zimbabwe at 2,592m (8,504 ft.) Mount Nyangani is located in the Nyanga National Park 110km north of Mutare. The mountain vegetation is mainly made up of heath that is at the summit plateau with evergreen forest on the wetter eastern slopes. Its yearly rainfall totals a high of 2200mm but with long spells of dry weather during the months of May to August.

The mountain peak can be reached within 1-3 hours by anyone with average fitness. Hazards include sudden weather changes from sunny skies to thick fogs and these can lead to hikers losing their way or falling down in ravines.

Three rivers have sources on Mount Nyangani. The Nyamuziwa and Kairezi rivers are tributaries of the Mazowe River. The third is the Pungwe. Common animals are the clawless otter found in the upper Kairezi River near the mountain and the endangered Inyangani River Frog. The most common vegetation is the Protea asymmetrica (the Inyanga sugarbush).

Iron Age ruins have been found on the hill west of the summit.