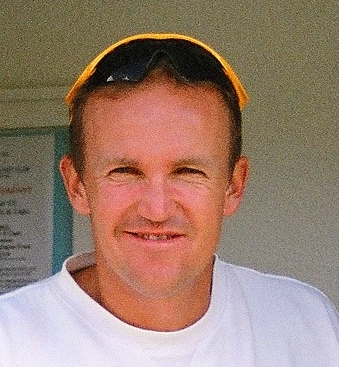 Whenever I write about cricketers I am reminded of my grandfather – he was a die-hard cricket fan with Andy Flower one of his favorite cricketers.

Andrew Flower, popularly known as Andy Flower, Petals or Flower Power, is a cricket coach and former Zimbabwean cricketer. He was the captain of the Zimbabwe national team and the wicket-keeper for more than a decade. He is the finest batsman the country has ever produced, statistically speaking. He was also a right arm bowler.

The 5ft 10in left-handed batter was born on the 28th of April 1968. Flower’s career started at high school where he played at Oriel Boys’ High and Vainona High School. He played alongside his younger brother Grant Flower. He played in the Zimbabwean national team from the year 1992 to 2003, with his ODI debut against Sri Lanka on the 23rd of February, 1992 and his Test debut against India in October 1992.

Andy was appointed assistant coach of the England team on the 7th of May 2007. His playing career was brought to a close due to an injury he sustained while he was playing for Essex. He was later appointed full-time director on the 15th of April 2009, this led to England winning the 2010 ICC World twenty20 tournament in the West Indies. He was made an Officer of Order of the British Empire (OBE) in 2011.

On the 31st of January Flower resigned from being head coach, but continued working with the England and Wales Cricket Board as its Technical Director of Elite Coaching. This had him mentoring English county coaches. In 2016 he was made batting coach of Peshawar Zalmi and then the head coach for Multan Sultans. He then was Assistant Coach for Kings XI Punjab and later the head coach of St Lucia Zouks. He was the ambassador for the children’s charity “Hope for the Children”. He helped raise thousands of pounds for needy children in Zimbabwe and around the world. He was also an ambassador for the malignant melanoma support group after he had suffered from the illness himself on his right eye.

He is married to Rebecca who is English, they met while he was playing in England and they have 3 kids.