Born on the 22nd of May 1953, businessman, entrepreneur and banker David Hatendi was the first Black Zimbabwean Rhodes Scholar. His father Frederick Hatendi passed on when David was 14 years of age and he grew up with his mother Joyce Hatendi and two sisters Susan and Mary. He attended Springvale School and Peterhouse Boys’ School where he played rugby and cricket. After graduating from Peterhouse in 1972, he graduated with a BSc in Sociology from the University of Rhodesia (now University of Zimbabwe) in 1976. In 1977 he won a Rhodes Scholarship to attend Oxford University, becoming Zimbabwe’s first black Rhodes Scholar. He pursued and attained a Doctorate in politics at the University College Oxford in 1980. Hatendi was involved in various extracurricular activities at University College and the wider Oxford University.

In January 1980 David married Angelina Musewe at the University College Chapel and they had 3 children – two sons (Nyasha and Sarayi) and one daughter (Natasha). Hatendi was a member of an exclusive gentleman’s club in London called White’s of where he was the only black member. He was employed by Morgan Grenfell and International Finance Corporation. In 1982 he joined the World Bank after selection into its Young Professionals Program. He was an executive director at NM Rothschild from 1991 to 1995.

In 1996 Hatendi returned to Zimbabwe to become the managing director of MBCA Bank Limited and later became the Chief Executive Officer. He was also a trustee for Harare International Festival of the Arts from its inception in 1998. David became the CEO of NMB Bank Limited when its former directors Julius Makoni, James Mushore, Otto Chekeche and Francis Zimuto fled the country during the banking crisis in 2004. He resigned in 2005, three months after it had emerged that the bank had been defrauded of over US$6,3 million.

In 2007 he founded the Hatendi Private Equity Advisors, an investment and consultancy firm. Then 2 years later in 2009 he succeeded David Morgan as the National Secretary to the Rhodes Trust for Zimbabwe, responsible for the Rhodes scholarship selection process in Zimbabwe.

David Hatendi passed away on the 12th of March 2012. According to Stanley Hatendi he suffered from a heart attack and passed on in his sleep. He was laid to rest at the cemetery at Peterhouse Boys’ School in Zimbabwe on the 15th of March 2012. David Hatendi was described by Dr. Donald Markwell (a former head of the global Rhodes Trust) as having had a generous spirit and a powerful mind. He also said he was a lively and entertaining person as well as a warm host. 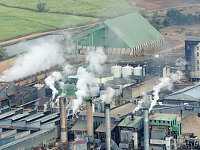