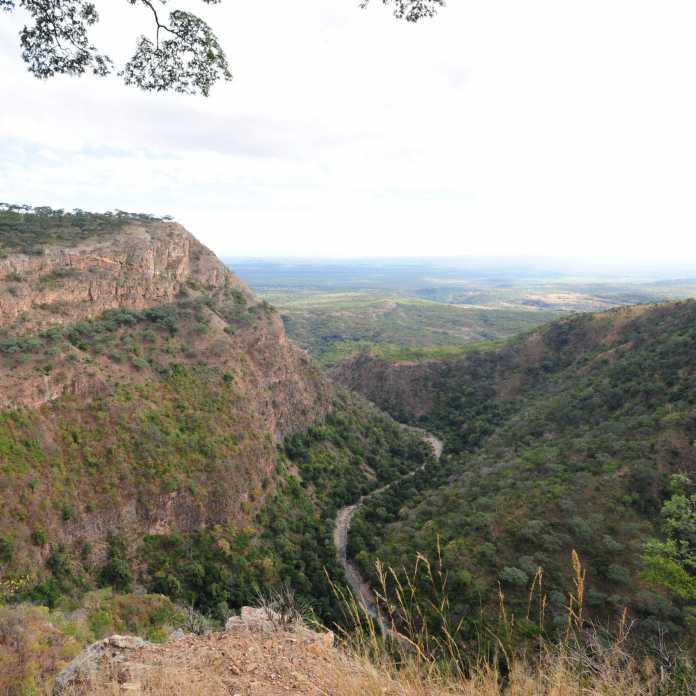 Located in the northern side of Zimbabwe, it is the third largest national park in Zimbabwe but also the least known due to it being isolated on the Zambezi Escarpment. It covers 490,000 acres of land and has majestic scenery and great population of wildlife. The name Chizarira comes from the BaTonga word “Chijalila” which translates to “Great Barrier”  referring to the escarpment. The rough terrain of the Chizarira forms a part of the escarpment.

It was declared a non-hunting area in 1938 and then in 1963 it became a game reserve. In 1975 it was named a National Park under the Parks and Wildlife Act. The headquarters are at Manzituba. It offers majestic views towards Lake Kariba as the escarpment falls steeply 600m to the Zambezi River valley floor. The escarpment has two rivers (Mcheni and Lwizikululu) cutting almost sheer gorges in it. According to local legend, Tundazi Mountain in the extreme northeastern side of the park is the home of the huge serpent, the river god, Nyaminyami. Busi River marks the southern boundary.

Chazarira National Park has a large population of four of the Big Five animals except the Rhinos. You are likely to come across leopards, African elephant, lion and Cape buffalo while on the walking safaris. There is also a large number of diverse bird life such as the African Broadbill, Livingstone’s Flycatcher, western nicator, African emerald cuckoo and the rarest African pitta and the Taita falcon which breeds within the park.

This park is a great place to take in and appreciate nature.