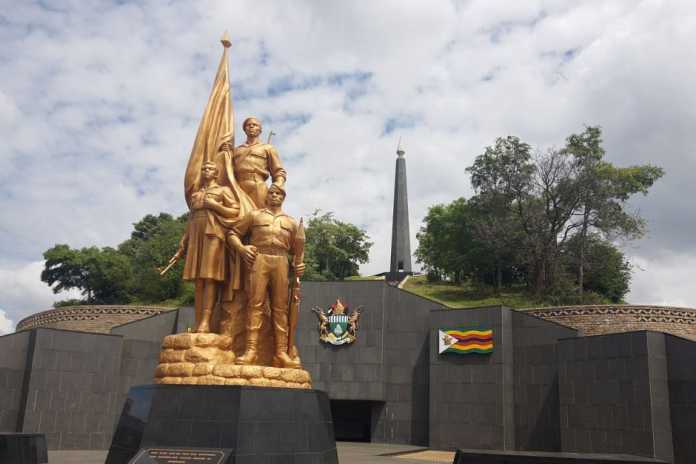 The national monument and burial ground located seven kilometers from Harare towards Norton. The site is 57 acres. Its stated purpose is to commemorate Patriotic Front guerrillas killed during the Rhodesian Bush War and contemporary Zimbabweans whose dedication or commitment to their country justify their interment at the shrine. The people buried there are considered heroes by the government of Zimbabwe, although not all those who have been designated heroes are buried at the site. The monument was constructed in September 1981 by ten Zimbabwean and seven North Korean architects and artists. 250 workers were involved in the project. For the main structure they used black granite quarried from Mutoko, 140 km northeast of Harare.

The site includes the tomb of the Unknown Soldier, which recognizes unidentified insurgents who died during the liberation war. There is a bronze statue of three guerrillas, one female and two male with a flag pole.

The Eternal Flame rests at the top of a tower. It measures about forty meters high and was lit on the celebrations of independence in 1982. It can be seen from Harare.

Two wall murals tell a history of Zimbabwe from pre-colonial times through the war up to independence. The walls are on either side of the monument. Lastly a museum near the entrance of the Heroes Acre, showcases artifacts, photographs, documents and other gear and ornaments from the war.

Heroes like Joshua Nkomo, Sally Mugabe, Jason Ziyapapa Moyo are some of the more than 78 heroes buried at the site.