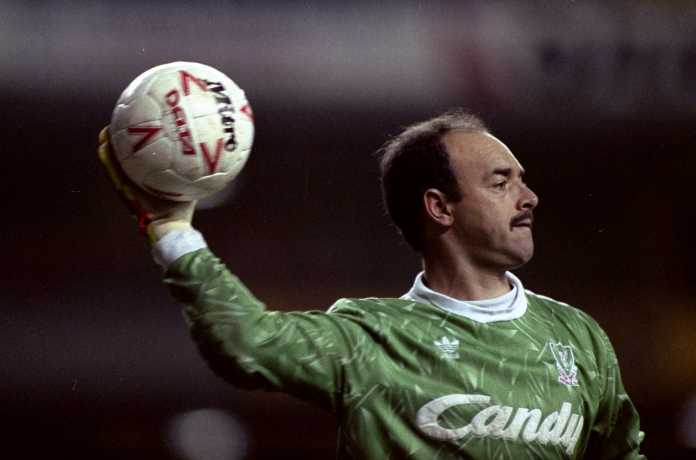 Clubs With Most Apps

In his teenage years, Grobbelaar was a talented cricketer and was offered a baseball scholarship in the United States, but a career in football was his main ambition. His footballing career started with a Bulawayo-based team, Highlanders FC, in Rhodesia’s second biggest city. In his late teens he was signed up by Durban City Football Club in South Africa, but left claiming to have been sidelined owing to his colour in this predominantly black team — the team had played in an all-White league until the previous year. Immediately after leaving Highlands Park, he signed up for National Service, spending two years on active service in the Rhodesia Regiment during the Rhodesian Bush War. In 1979 Grobbelaar was signed up by the Vancouver Whitecaps of the NASL after he had attended their scouting camp in South Africa.

At the Vancouver Whitecaps, Grobbelaar played under the management of former England and Blackpool goalkeeper, Tony Waiters, making his debut on 4 August 1979. During 1979, he visited England to see family friends, and a chance phone call from Ron Atkinson, brought him an impromptu trial with West Bromwich Albion. Atkinson was keen to sign Grobbelaar but owing to difficulties over gaining a work permit, the deal fell through. In stepped Crewe Alexandra, signing Grobbelaar on loan on 18 December 1979. Grobbelaar played 24 League games and scored his only professional goal, a penalty, in his last game. By good fortune, on the evening when he gave his greatest performance for Crewe, he was spotted by Liverpool’s head scout Tom Saunders. At the end of the loan period, Grobbelaar returned to Vancouver for the 1980 NASL-season. Although the Whitecaps had signed former Scotland international David Harvey from Leeds United, Grobbelaar emerged as first choice and became a cult figure for the Whitecaps faithful.

By the time Liverpool FC had completed their research on Grobbelaar, he had returned to Vancouver with his loan spell now over. Liverpool approached Tony Waiters with the idea of taking Grobbelaar to Anfield, and Waiters, who had a working relationship with Liverpool in the 1970s, paved the way for the move. Grobbelaar signed for Liverpool for £250,000 on 17 March 1981 as their reserve goalkeeper, but in mid-1981, regular goalkeeper Ray Clemence’s surprise departure to Tottenham Hotspur gave Grobbelaar his opportunity.

Grobbelaar made his debut on 28 August 1981 but failed to prevent Wolverhampton Wanderers winning the league fixture 1–0 at Molineux. His first clean sheet came a fortnight later at Anfield on 5 September, Arsenal were the visitors who were beaten by a 2–0 scoreline.

Grobbelaar’s early days as No.1 were strewn with errors and the Reds struggled to obtain any sort of consistency, Grobbelaar taking a lot of the blame. By the end of the calendar year Liverpool were mid table in the league and looked to be out of the running for title honours, especially as they had just lost to Manchester City 3–1 at Anfield in the Boxing Day fixture – a defeat which put John Bond’s team top of the league. The New Year brought a new momentum as Bob Paisley began to get the best out of his players; they began the year in South Wales visiting the Vetch Field to play Swansea City in the FA Cup, Liverpool were in fine form and thumped their hosts 4–0. This set them on their way in the league and dropped just seven of the 50 available points overhauling the points gap that Ipswich Town had opened on them.

Grobbelaar added the championship medal to the Milk Cup winners medal he had gained at Wembley on 13 March; the Reds beat Spurs 3–1, who had Ray Clemence in goal.

During the period 1981–1994, Grobbelaar played 627 first team games for Liverpool, becoming known for his eccentric and flamboyant style. In 1984, the European Cup final between Liverpool and A.S. Roma finished 1–1 after extra time, and went to a penalty shootout. As Roma’s Bruno Conti prepared to take his kick, Grobbelaar walked towards the goal smiling confidently at the cameras lined-up behind, then proceeded to bite the back of the net, in imitation of eating spaghetti. Conti sent his spot kick over the bar. Grobbelaar then produced a similar performance before Francesco Graziani took his kick, famously wobbling his legs in mock terror. Graziani duly missed and Liverpool went on to win the shootout 4–2, making Grobbelaar the first African (Coluna, Eusébio, Santana, Costa Pereira and Águas were all born in Africa but Mozambique and Angola were under Portuguese rule and played for the Portuguese national team) to win a European Cup/Champions League winner’s medal.

Grobbelaar was retained by three of Liverpool’s greatest managers; Paisley, Fagan and Dalglish, over a period of 13 years. His strengths were his gymnastic-like agility, and an unflappable confidence. He was never afraid to be seen to berate his defenders if he thought they had given easy opportunities to the opposition, most famously in his verbal assault on Jim Beglin in the first all Merseyside FA Cup final against Everton in 1986. Over the course of his Liverpool career he won more medals than any of his contemporaries.

In 1984–85, Grobelaar famously brought down a spectator who had invaded the pitch during a game, allowing the police to handcuff the offending spectator.

Although there were occasional challenges to his position as Liverpool’s number 1, Grobbelaar was a virtual ever-present from Clemence’s departure to the start of the 1990s, when the club itself also started to slide, culminating in Kenny Dalglish’s resignation in February 1991. He was an ever-present in his first five league campaigns at Anfield, when Liverpool were champions four times and runners-up on the other occasion. However, in 1988–89, injuries and illness restricted his first team opportunities and he played 21 times in the league, with Mike Hooper taking his place on the other 17 occasions. However, he was fit to face Everton in the 3–2 FA Cup win on 20 May 1989, though six days later he conceded a last minute goal to Arsenal midfielder Michael Thomas on the final day of the league season as the league title was wrenched from Liverpool’s grasp and headed to Highbury instead. A month earlier, he played in the FA Cup semi-final win over Nottingham Forest which was played at Old Trafford after the original match at Hillsborough was cancelled due to the tragedy that led to 96 fans dying on terracing just behind Grobbelaar’s goal. Grobbelaar attended many of the victim’s funerals.

It was the signing of David James from Watford in mid-1992 that spelt the beginning of the end for Grobbelaar. Although James struggled to impress at first, Grobbelaar’s insistence on playing for Zimbabwe gave James chances; Grobbelaar only played 6 times for Liverpool during 1992–93,and even spent a period on loan at Stoke City. James’s uncertainty allowed Grobbelaar to regain his place in the first team at the start of the 1993–94 season, in which his performance, like the team’s, started well but fell away badly. In a notorious incident in a Merseyside derby that year, Grobelaar even physically assaulted young team mate Steve McManaman. He was ever-present until he was injured in the final minute of a 2–0 defeat at Leeds United on 19 February 1994. It turned out to be his final appearance for the club.

Grobbelaar left Liverpool in mid-1994, transferring on a free to Southampton. He made his debut on 20 August 1994 in the 1–1 league draw with Blackburn Rovers at The Dell. He spent two seasons with the Saints competing with another goalkeeper with a reputation for eccentricity, Dave Beasant. Despite the fuss caused by the match-fixing allegations, manager Alan Ball maintained faith in him, and he kept his place in the team for most of the 1994–95 season.

Allegations that Grobbelar had been match-fixing first appeared in November 1994. Nevertheless, in his next game, at home to Arsenal, he managed to keep a clean sheet despite the media frenzy that surrounded the game. The Southern Daily Echo reported that Grobbelaar was “swept along on a tidal wave of emotion, to emerge triumphant from the toughest match of his life”.

In the 1995–96 season, Grobbelaar only managed two games for the Saints, before moving on to Plymouth Argyle.

Grobbelaar spent the 1996–1997 season with Plymouth, after which he spent short spells at Oxford United, Sheffield Wednesday, Oldham Athletic, Chesham United, Bury, Lincoln City and Northwich Victoria over the next 2 years before returning to his native country.

Grobbelaar played for Rhodesia, as an 18-year old in a friendly against South Africa. He was granted dual Zimbabwean-British citizenship in 1992, having gained a British passport earlier by virtue of having an ancestor born in Cape Town Castle at the time of the Boer War, to play for the Zimbabwe national football team. He earned 32 caps between 1992 and 1998.