He is the son of Don and Velia Black, and the brother of Cara Black and Byron Black. He attended the University of Southern California and was an All-American in singles and doubles (1993, 1994).

With compatriot Kevin Ullyett, Black won two men’s doubles titles. They were constantly number one in the world, finishing in the top five for five seasons.
Sources
http://en.wikipedia.org/wiki/Wayne_Black
http://www.theindependent.co.zw/sport/22187-wayne-black-settles-back-in-zimbabwe.html 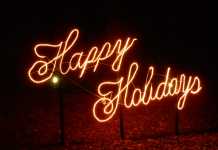