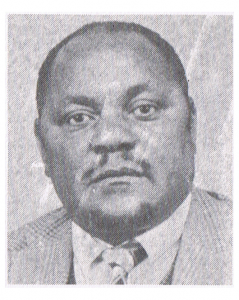 Lazarus Nkala was a Rhodesian trade union leader born on the 26th of February 1927 in Filabusi, Southern Rhodesia (now Zimbabwe). Nkala was raised in the Brethren in Christ Church and attended Nkanyezi Primary school and Matopo Mission for his primary education. He did his secondary education at Mzingwane High School in Essexvale (now Esigodini) where he became exposed to politics through fellow students. While at the school he trained as a bricklayer and qualified as a builder in 1947.

He was elected chairman of the Bulawayo branch of the African Artisans’ Union in 1950 and six years later he was elected president of the union and held that office until 1964. He was for a while president of the African Trade Union Congress’ Matabeleland region and he was the chairman of the Barbourfields Tenants’ Association and was a member of the Bulawayo African Townships Advisory  Board.

He served as the treasurer for the African National Congress that was led by Joshua Nkomo in 1957. He held this post till it was banned in 1959. He stood out in the African Nationalist Movement in Bulawayo and he was briefly arrested in February 1959. He later served as the treasurer of the National Democratic Party (NDP) which was Joshua Nkomo’s new Party from 1960 to 1961 when it was banned. He became the Bulawayo district chairman for the NDP’s successor the Zimbabwe African People’s Union (ZAPU) until it was later banned in 1962. They created a party called People’s Caretaker Council and he was the National Organizing Secretary from 1963 to 1964.

Nkala was arrested by the Rhodesian government on the 23rd of April 1964. He was first held at Gonakudzingwa restriction camp and was later moved along with Nkomo and Joseph Msika to Camp 5, a more isolated camp due to their strong influence on the morale of his fellow inmates. While at the camp he took correspondence courses, passed his “A” Levels, and went on to get a Bachelors of Arts in political science and public administration from the University of South Africa. He was then released on the 3rd of December 1974. In the same month he was appointed to the Central Committee of the African National Council. He attended the Victoria Falls Conference in August 1975.

He died on the 3rd of December 1975 when his car overturned on the Salisbury- Bulawayo Road near Bembezi. He was buried at Pelandaba Cemetery in Bulawayo. He was later declared a national hero after independence in 1980. 1st Avenue in Bulawayo was renamed to Lazarus Nkala in November 2019. 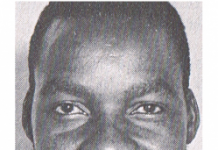