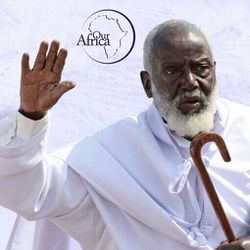 Known as Mutumwa or Mudzidzisi by his followers, Paul Earnest Mamvura Mwazha is a Zimbabwean clergyman who was born on the 25th of October 1918 at the Holy Cross Mission in Chirumanzu. He has been the leader of the African Apostolic Church for over 60 years. He was originally named Mamvura by his mother and later on named Paul in relation to Catholic tradition of receiving a saint’s name at baptism. Sources such as Pindula say Mwazha as a child became gravely ill to the point of death, he was diagnosed with influenza and it is said he died. His mother rushed him to the church altar for his baptism and his last rites before being buried and to everyone’s amazement he came back to life. It is said the congregation was filled with the Holy Spirit and they all uttered in Shona including Father Schmidt, a German Roman Catholic missionary, “the child has been raised for a mission.”

He formed the African Apostolic Church in 1959 and is said to have over 7 million followers. The dress code for the church is a spotless white garment during Sabbath day and on any other days the members wear pastel colored garments with no other colors blending. Before founding the church Mwazha was a teacher in the Methodist Church. He is a qualified teacher receiving his education at Howard Teaching Institute.

He commands much respect in Zimbabwe with many prominent people seeking his counsel. He has not trimmed his beard for almost 56 years which is a vow he took when he started the church. His wife, Joyce Makaonesu Mwazha died aged 79 in April 2017. Some of Mwazha’s sons are members of the church and all of them are Bishops and part of the church’s top leadership. He recently celebrated his 102nd birthday in 2020. 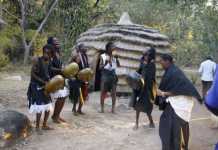